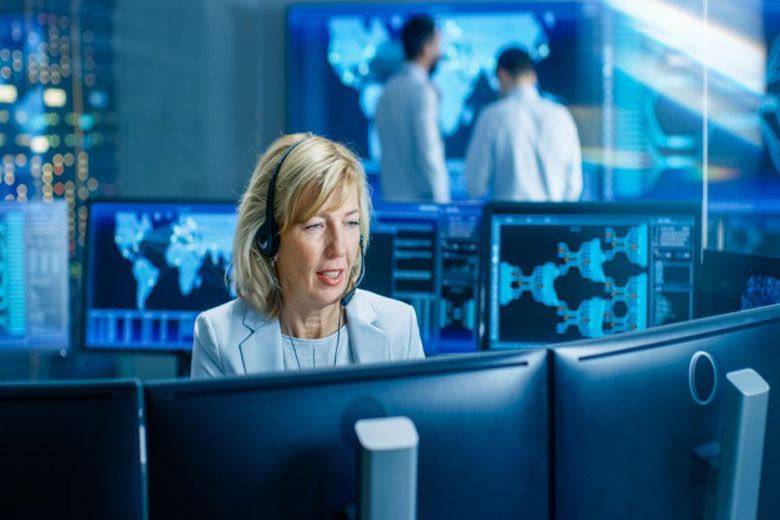 Businesses wouldn’t get far if they based their important decisions on hunches. Companies make sound business decisions after a thorough analysis of all options and potential outcomes, good and bad. They base these analyses on the relevant data they collect from internal and external sources. The mechanism businesses rely on to convert raw data into insight that supports their decisions is a database management system (DBMS).

A Brief History of Modern DBMSs

The modern DBMS arrived in the late 1970s and early 1980s with the creation of the first relational database by English computer scientist Edgar Codd and others working on IBM’s System R project. The earliest databases lacked a way for data elements to be cross-referenced, so each element had to be repeated in each dataset it was used in. By contrast, the relational database model uses Structured Query Language (SQL, pronounced “sequel”) to allow data in a table to refer or “relate” to other data anywhere in the database.

SQL remains a mainstay of the DBMS industry. The top-four products in the DB-Engines Ranking of DBMSs and seven of the top 10 are relational databases. However, alternatives to relational DBMSs, such as NoSQL databases, are used widely in business to manage data types that lack the structure to work well under the relational model.

Other popular types of database management systems are in-memory systems that offer fast response times and high performance, columnar databases that meet the needs of data warehouses and other large repositories holding similar data items, and cloud-based databases that allow companies to adopt the database as a service model (DBaaS). Note that DBaaS is also referred to as managed database services.

Relational DBMSs are the most popular form of DBMS, although SQL technology appears to be reaching its limits in terms of accommodating big data and web-scale databases that contain large amounts of unstructured data.

The relational model is based on a table with columns and rows:

To tap the information in a SQL or other relational database, users submit a query that finds and analyzes data relevant to the query and then generates the results in the form of a report. Query processing is made possible by the database schema that controls formatting and defines relationships between entities in each field, as Codebots explains.

NoSQL DBMSs differ from SQL-based systems in their support for both structured and unstructured data. This allows NoSQL systems to collect and analyze data without requiring a rigidly defined schema. For example, NoSQL databases can process queries of database entities that have different elements, such as social media posts, images, audio and video, in addition to conventional text and numeric data.

In-memory DBMSs rely on the computer’s main memory rather than disk storage, which improves their performance over standard database models. By maintaining data in active memory, I/O latency is nearly eliminated. The databases, which are also called main-memory DBMSs, also use internal algorithms that reduce processing overhead substantially.

According to PARIS Technologies, a principal characteristic of most in-memory DBMSs is their adherence to the ACID properties:

Columnar DBMSs, or column-oriented databases, are used primarily in data warehouses that store massive amounts of similarly structured data. This type of SQL database is optimized for business intelligence applications in which a few columns of many rows are queried.

PAT Research explains that column-oriented DBMSs are designed to store a great number of dynamic columns. Rather than having all column names and record keys fixed, the values in a single column are serialized in sequence, so the information that a relational DBMS would store in several rows fits in a single column. This allows for faster analysis and querying of large volumes of data.

A growing number of companies choose to store their databases on public cloud platforms. Managed cloud database services are used to manage the systems via the DBaaS model. Rather than having to provision the underlying infrastructure and resources required to run a relational DBMS on premises, the cloud model lets companies pay for only the storage, processing and other resources that they actually use.

As demand for database resources goes up or down, the managed service scales automatically to accommodate the change. Database workloads are securely stored in the cloud, and data assets can be accessed at any time from any internet-connected device.

The leading cloud database services are Amazon Web Services (AWS), Microsoft Azure and Google Cloud Platform, all of which support relational, NoSQL and other database types.

Companies increasingly rely on their data assets to make their operations more competitive, more efficient and more profitable. DBMSs are the platforms that transform data of all types into business intelligence that helps the company achieve its goals.

The University of Maryland’s Robert H. Smith School of Business Online Master of Science in Business Analytics degree program is designed to prepare students to take lead roles in guiding firms toward success. Learn more about how the program can help tomorrow’s tech leaders pursue their professional goals.

Data Mining in Business: Skills and Competencies Needed to Succeed

Codebots, “Types of Databases and DBMS (with Examples)”