The Role and Responsibilities of the Chief Operating Officer 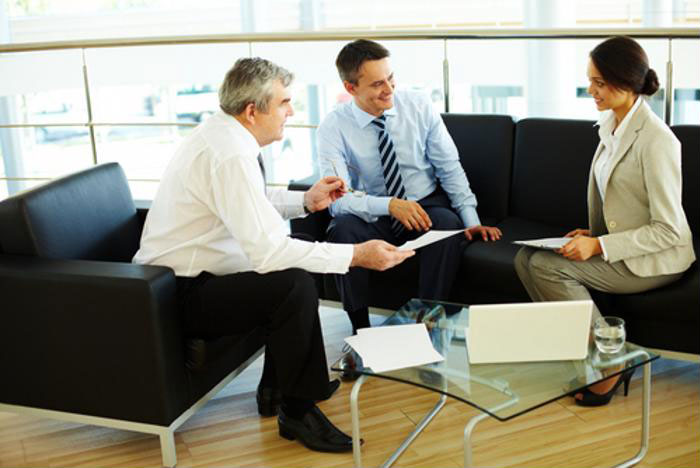 C-suite roles, including chief executive officer and chief operating officer, are often highly sought-after in enterprise organizations. Not only are these C-level executives in charge of crafting the business’s strategy and ensuring that daily operations run smoothly, but these positions also come with attractive salaries.

However, there are key responsibilities that C-suite executives must fulfill, as well as critical challenges that come along with these tasks.

The COO, for example, must maintain awareness of the activities of the business’s various individual departments. At the same time, the COO must also ensure that the plans and strategy developed by the CEO are properly and successfully implemented. In this way, the COO often represents a bridge between C-level executives and other department heads and lower-level employees.

The COO fills a specialized role in many organizations and has specific daily tasks and responsibilities. This professional oversees all of a company’s important day-to-day operations and may even be considered the heir apparent to the current CEO. Professionals who want to be successful in this type of high-level, senior executive role will need strong leadership skills, along with the right Master of Business Administration degree.

Role of the Chief Operating Officer: An Overview

The COO – sometimes known as the vice president of operations – is typically the second in command in a company and reports to the CEO. This person manages and handles the daily business operations of the company, working closely with department heads and supervisors to support the day-to-day activity of employees.

Whereas the CEO is more concerned with big picture elements, like the business’s overarching goals and strategy, the COO typically oversees internal, daily operations. This includes ensuring that the company’s operations support the CEO’s vision and strategy. The CEO represents the public face of the organization, and is involved in marketing and public relations communications.

The daily responsibilities of the COO can be different, depending on the operational structure and needs of the company itself, as well as the industry in which it operates. As The Balance and other sources note, there is not a single, standard list of responsibilities when it comes to the COO role. Duties can change according to the goals and requirements of the company. In some businesses, for example, the COO may be more involved with the development of operations strategy and maintaining the company’s financial health. In other companies, though, these tasks may instead fall upon the CEO, accounting team supervisor or another senior executive.

Some responsibilities of the COO may include:

In some organizations, the COO also oversees and supervises the operations of the human resources and legal departments. This is common in organizations where the COO structure is an internally facing job.

“[T]he CEO is the magnetic force with which the COO must align,” write Harvard Business Review contributors Nathan Bennett and Stephen Miles. “This makes the question ‘What makes a great COO?’ akin to asking ‘What makes a great candidate for U.S. vice president?’”

Because the COO role can vary according to the internal structure and needs of the organization as well as the work of the CEO and other senior executives, responsibilities are not the same for COOs from company to company.

In this context, there are seven different types of roles that a COO can align themselves with, based on their mission. These seven types of COOs are defined in the 2006 Harvard Business Review article, “Second in Command: The Misunderstood Role of Chief Operating Officer,” written by authors Nathan Bennett and Stephen Miles. But, as Kaplan Executive Research and several other sources agree, these seven roles are just as relevant today as they were more than two decades ago.

These different types of COO roles also help us to understand how the responsibilities of this professional can change from business to business, depending on the operational and functional needs of the organization.

“Finally, some companies offer the job of COO as a promotion to an executive considered too valuable to lose, particularly to a competitor,” authors Bennet and Miles write. “With this strategy, an organization may try to hedge its bets by stopping short of identifying a specific heir or setting a time-table for leadership succession, in an effort to keep its high-potential executives intrigued about what the future may hold of them, should they stay on board.”

The environment and working hours of a COO can vary, similar to the responsibilities that can come with the role, and will depend on the needs of the business. COOs can operate in large, enterprise-level organizations, but are also important in smaller companies. The Balance points out that most COOs work more than 40 hours per week, and may even need to work late into the evenings or on weekends to support the company’s operations.

It’s also worth noting that the COO working environment and schedule can create stress for professionals. “[COOs’] work involves a high degree of stress because they bear the responsibility of making the business successful,” The Balance states. “They risk losing their jobs in a poorly performing organization.”

Because the role and responsibilities of a COO can change according to the goal of the CEO and executive team, the compensation for the role is similarly flexible.

According to the Economic Research Firm, a COO’s salary averages around $294,000 annually, but can range between a starting salary of $200,000 annually and a senior-level salary for experienced professionals of upwards of $400,000 a year.

The Economic Research Firm predicts a 16% increase in salary for the COO role, forecasting that professionals in this executive position will earn an average of $340,372 by 2025.

How to Become a Chief Operating Officer

The COO salary and job description can be quite attractive for those looking to pursue enterprise senior leadership roles. And, as Bennet’s and Miles’ Seven Types of COOs show, there are different routes that the role of COO can take. It’s possible to find a position that plays to professionals’ strengths and supports the needs of business.

To become a COO, guide a business’s daily operations and report to and support the CEO and senior executive team, there are certain skills and educational requirements that students should strive for. Although a senior executive role like COO is highly sought after for many business administration students, like any professional function, it does come with its share of challenges and obstacles. However, with the right skills, characteristics and education, professionals can become successful COOs and enable the prosperous operations of their employer organization.

Some of the most important skills and abilities for professionals in the role of COO include:

Most organizations recruiting professionals for the role of COO will not consider candidates who don’t have a master’s degree in business administration. Earning an MBA can put students in a beneficial path to pursuing executive-level roles like the COO. However, as Investopedia notes, senior-level executive roles like the COO will also require considerable real-world corporate experience. Some companies prefer that candidates work in the enterprise field for at least a decade, if not 15 years, and can demonstrate their ability to climb the ladder.

Young professionals seeking COO or other C-level executive suite roles should begin their journey with a robust degree program like the Online Master of Business Administration from the University of Maryland Robert H. Smith School of Business. This Online MBA degree program can help students build skills and expertise in a number of key areas, including leadership and teamwork, supply chain management, corporate finance, ethical leadership, strategic management and more.

Currently, more than 27% of our Robert H. Smith School of Business graduates achieve employment in general management, and work in a variety of exciting sectors.

To find out more about how a degree like the Online Master of Business Administration from the University of Maryland can benefit your career goals, check out our website and connect with one of our enrollment advisors today.

Pursuing an MBA: When you need it and why you should get it

The Balance, What Does a Chief Operating Officer Do?

Kaplan Executive Research, The Seven Roles of the COO